A Need to Replace Aging Plastic Pipes with Stainless-Steel Varieties

Our products are marketed and sold globally in Europe, East Asia and Southeast Asia with plans to market our products and services in North America, however, we believe that our biggest market will continue to be within China. Currently, most of the households and apartment buildings in China use pipes made of polymerized vinyl chloride ("PVC"), due to its lower cost. However, as the general Chinese population begins to recognize the short lifespan of PVC and realize the potential health hazards of PVC pipes, due to its plasticizer and lead compositions, stainless steel pipes are projected to become real estate developers' preferred material to ensure the delivery of high-quality water to each household.

Clean Water is a Top Priority in China. The seismic shift in population is having a significant impact on China's urban infrastructure. 61.5% of ground water and 28.8% of key rivers are classified as unfit for human contact.1 Over 20% of water supply is so polluted that it cannot be used for industrial or agricultural use - much less for human consumption (a factor that, combined with air pollution, causes an estimated 6% reduction in annual GDP, according to the World Bank).1 The Chinese Government has recognized this and has set aside $610 billion, to spend on water infrastructure between 2011 - 2030.2 In fact, one of the world's most costly capital projects is the $68 billion North to South Water Diversion Project, which will link China's four main rivers via more than 1,800 miles of pipeline, and divert water from the south of China to population centers in the north.3 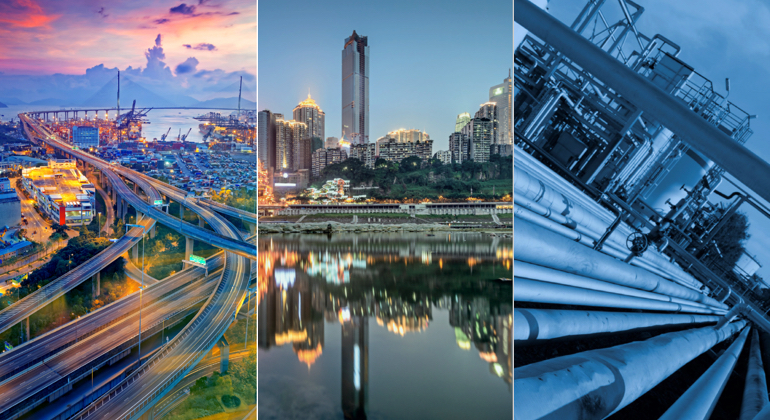 According to the Chinese Bureau of Statistics, the total amount of investment in China's real estate industry was approximately US$893 billion (RMB 5.9 trillion) and investment on pipe installation is estimated to make up 4% of the total investment in the next five years. As cities across China continue to undergo urbanization, real estate developers have been building apartment complexes in cities of all sizes. The need for safe water supply pipes is expected to experience a significant growth, and we believe that our products offer solutions that will meet the needs of both the real estate developers and health-conscious end users.

We are improving water supply systems in and around residential complexes

The commitment to replace aging plastic pipes with stainless-steel varieties due to health concerns has also gained support from the Chinese government. It was discovered that the erosion of the plastic pipes could significantly impact the quality of water being transmitted. Several major cities have, therefore, under a government initiative, launched programs to improve water supply systems in and around residential complexes by replacing existing plastic pipes with new stainless-steel systems and using stainless-steel pipes as the first choice for any new urban development projects. Our experience in working with these large municipal projects include those within first and second-tier cities such as Shenzhen and Wenzhou. As we expect additional cities to initiate similar programs under the government initiative, the name recognition of our brand because of these large-scale infrastructural projects would give us an edge in this large potential market within China.